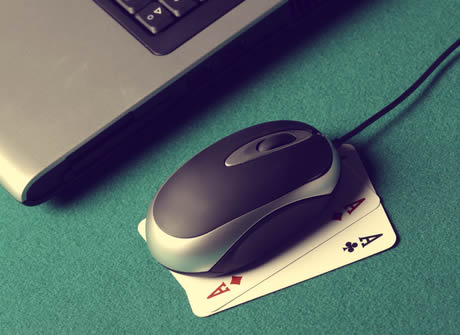 Early on it’s important to limit the number of hands you play pre-flop to avoid making costly errors with post-flop betting. The best pre-flop strategy for beginners is to only play the 10 best hole card combinations I gave in a previous table talk article. Regardless of position, only playing these hands will make your decision to play easier.

Good players always take position into account when deciding whether or not to enter a hand pre-flop. As stated in earlier articles, the later your position, the better. Play only premium & strong hands in the blinds or in early position. In middle position open up your standards some, and in late position be even more open with hand selection and aggression. You will be tempted to play lower ranked hands, especially when you see the weak hands your opponents are playing. Don’t be fooled by gut instinct, good feelings, or hunches. Playing only top tier hands is statistically the easiest way win.

In early position, calling a bet or raise with anything smaller than pocket pairs or better is dangerous. When playing conservatively in early position I’ll only call a bet with 8-8 or better, and only raise when I have J-J pocket pairs or better. A-K is playable as are any other two face cards or Ace-Face combination but these hands are certainly less secure and become unbound quickly.

When In middle position, consider how many players in earlier positions are still in the hand and their betting actions. This will be key factors in deciding how to play here. Did they raise or just call? This combined with your hand strength will decide whether to call, raise or fold in this spot. You should always raise with any top or mid-tier hands and if someone in early position raises and does so too often re-raise them, they are probably bluffing or trying to push players out of the hand. Be careful against a player who raise pre-flop that rarely does so. They very well could be holding a monster hand. If they are going to take someone money, don’t let it be yours. Don’t move against them pre-flop with anything smaller than A-Q, A-K, A-A, K-K, Q-Q, or J-J.